Why Individuals With ADHD Are Gifted and Creative 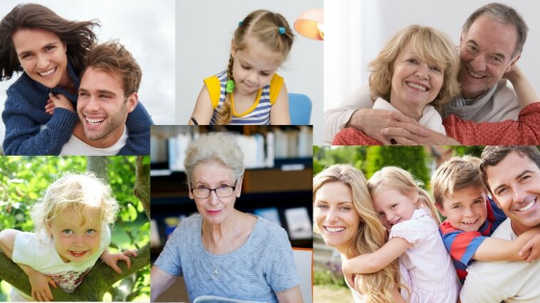 I was in India in 1993 to help manage a community for orphans and blind children on behalf of a German charity. During the monsoon season, the week of the big Hyderabad earthquake, I took an all-day train ride almost all the way across the subcontinent (from Bombay through Hyderabad to Rajamundri) to visit an obscure town near the Bay of Bengal. In the train compartment with me were several Indian businessmen and a physician, and we had plenty of time to talk as the countryside flew by from sunrise to sunset.

Curious about how they viewed our children diagnosed as having Attention Deficit Hyperactivity Disorder (ADHD), I asked, "Are you familiar with those types of people who seem to crave stimulation, yet have a hard time staying with any one focus for a period of time? They may hop from career to career and sometimes even from relationship to relationship, never seeming to settle into one job or into a life with one person -- but the whole time they remain incredibly creative and inventive."

"Ah, we know this type well," one of the men said, the other three nodding in agreement.

"What do you call this personality type?" I asked.

"Very holy," he said. "These are old souls, near the end of their karmic cycle."

Again, the other three nodded agreement, perhaps a bit more vigorously in response to my startled look.

"Old souls?" I questioned, thinking that a very odd description for those whom American psychiatrists have diagnosed as having a particular disorder.

"Yes," the physician said. "In our religion, we believe that the purpose of reincarnation is to eventually free oneself from worldly entanglement and desire. In each lifetime we experience certain lessons, until finally we are free of this earth and can merge into the oneness of God. When a soul is very close to the end of those thousands of incarnations, he must take a few lifetimes to do many, many things -- to clean up the little threads left over from his previous lives."

"This is a man very close to becoming enlightened," a businessman added. "We have great respect for such individuals, although their lives may be difficult."

Another businessman raised a finger and interjected. "But it is through the difficulties of such lives that the soul is purified."

The others nodded agreement.

"In America they consider this behavior indicative of a psychiatric disorder," I said.

All three looked startled, then laughed.

"In America you consider our most holy men, our yogis and swamis, to be crazy people as well," said the physician with a touch of sadness in his voice. "So it is with different cultures. We live in different worlds."

We in our Western world have such "holy" and nearly enlightened people among us and we say they must be mad. But as we're about to see, they may instead be our most creative individuals, our most extraordinary thinkers, our most brilliant inventors and pioneers. The children among us whom our teachers and psychiatrists say are "disordered" may, in fact, carry a set of abilities -- a skill set -- that was necessary for the survival of humanity in the past, that has created much of what we treasure in our present "quality of life," and that will be critical to the survival of the human race in the future.

There is immense power in how we choose to view what's happening around us, and this is terrifically important when we consider how we can best know our children and provide them with the upbringing they need -- an upbringing that will lead them to become healthy, happy, functioning adults. The premise of this book is that children who have what we have come to know as ADHD are important and vital gifts to our society and culture, and, in the largest sense, can be an extraordinary gift to the world. In addition, for those adults who have been similarly diagnosed or defined, this book offers a new way of understanding themselves and their relationship to the world -- a way that brings insight, empowerment, and success.

Genetics And Differences In ADHD

The long history of the human race has conferred on us -- some of us more than others -- a set of predilections, temperaments, and abilities carried through the medium of our genetic makeup. These skills were ideally suited to life in the ever-changing world of our ancient ancestors and, we have now discovered, are also ideally suited to the quickly-changing modern world of cyberspace and widespread ecological and political crises that require rapid response. I will call this genetic gift the Edison gene, after Thomas Edison, who brought us electric lights and phonographs and movies and -- literally ten thousand other inventions. He is the model for the sort of impact a well-nurtured child carrying this gene can have on the world.

While I'm principally referring to the DRD4 gene, the science of genetics is embryonic, with new discoveries being made every day. No doubt, some time soon we'll have a better, more complete list of specific genes that make up what Dave deBronkart first called the "Edison trait" back in 1992 and Lucy Jo Palladino expanded on considerably in 1997 in her wonderful book The Edison Trait. For the moment, however, I'll use the useful shorthand of the "Edison gene."

When Edison's schoolteacher threw him out of school in the third grade for being inattentive, fidgety, and "slow," his mother, Nancy Edison, the well-educated daughter of a Presbyterian minister, was deeply offended by the schoolmaster's characterization of her son. As a result, she pulled him out of the school. She became his teacher from then until the day he went off on his own to work for the railroads (inventing, in his first months of employment, a railroad timing and signaling device that was used for nearly a century). She believed in him and wasn't going to let the school thrash out of him his own belief in himself. As a result of that one mother's efforts, the world is a very different place.

Is ADHD An Edison Trait or Edison-gene

"Ah, but we mustn't coddle these children!" some say. Consider this: Edison invented, at age sixteen, that device that revolutionized telegraph communication. It started him on a lifelong career of invention that led to the light bulb, the microphone, the motion picture, and the electrification of our cities. Would the world have been better off if he'd been disciplined into "behaving himself"? 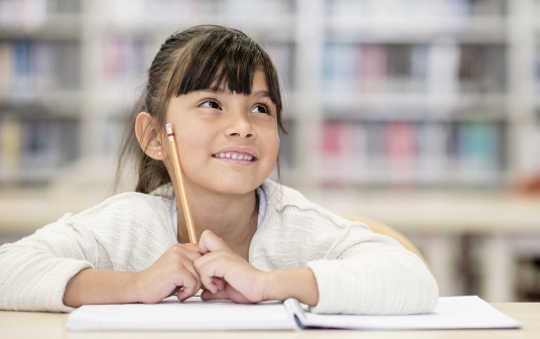 The children and adults who carry this gene have and offer multiple gifts, both individually and as members of our society. Sometimes these gifts are unrecognized, misinterpreted, or even punished, and as a result, these exceptional children end up vilified, drugged, or shunted into Special Education. The result is that they often become reactive: sullen, angry, defiant, oppositional, and, in extreme cases, suicidal. Some Edison-gene adults face the same issues, carrying the wounds of school with them into adulthood, often finding themselves in jobs better adapted to stability than creativity.

What exactly defines those bearing this genetic makeup? Edison-gene children and adults are by nature:

1. Enthusiastic
2. Creative
3. Disorganized
4. Non-linear in their thinking (they leap to new conclusions or observations)
5. Innovative
6. Easily distracted (or, to put it differently, easily attracted to new stimuli)
7. Capable of extraordinary hyperfocus
8. Understanding of what it means to be an "outsider"
9. Determined
10. Eccentric
11. Easily bored
12. Impulsive
13. Entrepreneurial
14. Energetic

All of these qualities lead them to be natural:

Those carrying this gene, however, often find themselves in environments where they're coerced, threatened, or shoehorned into a classroom or job that doesn't fit. When Edison-gene children aren't recognized for their gifts but instead are told that they're disordered, broken, or failures, a great emotional and spiritual wounding occurs. This wounding can bring about all sorts of problems for children, for the adults they grow into, and for our society.

I and many scientists, educators, physicians, and therapists believe that when these unique children don't succeed in public schools, it's often because of a disconnect between them -- their brains are wired to make them brilliant inventors and entrepreneurs -- and our schools, which are set up for children whose brains are wired to make them good workers in the structured environments of a factory or office cubicle.

Those children whom we call "normal" are more methodical, careful, and detail-oriented and are less likely to take risks. They often find it hard to keep it together and perform in the rapid-fire world of the Edison-gene child: They don't do as well with video games, couldn't handle working in an emergency room or on an ambulance crew, and seldom find themselves among the ranks of entrepreneurs, explorers, and salespeople.

Similarly, Edison-gene children have their own strengths and limitations: They don't do well in the school environment of repetition, auditory learning, and rote memorization that has been set up for "normal" kids, and they don't make very good bookkeepers or managers. Genetically these kids are pioneers, explorers, and adventurers. They make great innovators, and they find high levels of success in any field where there's a lot of change, constant challenge, and lots of activity. Such personalities are common among emergency room physicians, surgeons, fighter pilots, and salespeople.

There are many areas in which such people can excel -- especially when they make it through childhood with their belief in themselves intact.

Reprinted with permission of the publisher, Park Street Press.
©2003.  www.InnerTraditions.com

This article was excerpted with permission from the FOREWORD of the book:

The Edison Gene: ADHD and the Gift of the Hunter Child
by Thom Hartmann.

Thom Hartmann, citing examples of significant innovators of our modern era, argues that the brains of the children who possess the Edison gene are wired to give them brilliant success as innovators, inventors, explorers, and entrepreneurs, but that those same qualities often cause them problems in the context of our public schools. He offers concrete strategies for helping Edison-gene children to reach their full potential and shows that rather than being “problems,” they are an important and vital gift to our society and world.

Thom Hartmann is the award-winning, best selling author of over a dozen books, including Attention Deficit Disorder: A Different Perception, The Last Hours of Ancient Sunlight,and Unequal Protection. He is a former psychotherapist and one of the founders of The Hunter School, a residential and day school for children with ADHD. Visit his website at: www.thomhartmann.com

at InnerSelf Market and Amazon by Thom Hartmann
ADHD is not an all-or-nothing diagnosis. There appears to be a curve of behaviors and personality… ADHD as a State of Mind, Not A Disorder

by Thom Hartmann
If you are an adult who has experienced chronic issues with restlessness, impatience, poor… Where Have All The Hunter-Gatherers Gone? Change the World... One Action at a Time

by Thom Hartmann
We are each like miniature transmitters, putting out into the air whatever we're about at the… Does Being Tough on Young People Improve Performance?

by Jennifer Fraser
The bullying paradigm has parents, teachers and coaches believing they must be tough to the point… How To Help Teens Reduce Their Emotional Distress

by Kevin Kuehn and Kevin King, University of Washington
Emotions are tricky things. They allow for humans to fall in love, wage war and, as it turns out,… by Kirsten OLeary, University of Queensland
Teens are more likely to report psychosomatic symptoms, a combination of physical and psychological… Do This To Recharge And Connect With Your Children

by Kimberly Hillier and Lindsey Jaber, University of Windsor
Working parents have been balancing their work and their children’s intermittent bouts of virtual… by Preety Pratima Srivastava, RMIT University
Smoking is prevalent in lower socio-economic groups whose characteristics (such as lower IQ and…